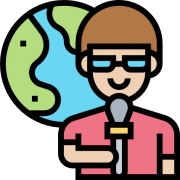 This statement could also contain the terms computer age, information age or the new media age instead of the digital age since all of these terms are interchangeable with each other and refer to an economy based on information technology.

Last February 2018 the newly formed Committee of experts on quality journalism in the digital age (‘MSI-JOQ’) filled a Draft Recommendation, which contains criteria and measures for ensuring a favourable environment for the practice of quality journalism in the digital age. Because the Council of Europe (‘COE’) is aware of the internet as a unique environment for the exercising of human rights, the COE drafts standard settings to address challenges to ensure people’s maximum freedom and safety. Those standard settings are often achieved in collaboration with experts, just like this cooperation with the MSI-JOQ. The main purpose of the (draft) recommendation is to clarify the important role that journalists play in providing accurate and relevant information, free from a double agenda. Since the challenges and opportunities resulting from the changes brought by the digitalisation of the media environment are changing, the (draft) recommendation tries to recognize both established and new media actors who contribute to the public debate by journalistic activities and who fulfil a public watchdog function.

Yep, we have to admit that we are about to leave the third industrial revolution also known as the digital revolution. This third industrial revolution, which began somewhere in 1950-1970, famous for replacing mechanic and analogue electronics by digital electronics and in which the world wide web (‘www’) was launched for the first time in 1991. Ever since, information became quickly, widely and easily available through upcoming technology and nowadays we can use more than just the world wide web: we have the right of accessing the Internet of Things (ECtHR December 18, 2012, Yildirim v. Turkey). The increased amount of available information and technological developments have the effect of causing our human lives to emerge more and more with technology. That is why according to Klaus Schwab we already living in the fourth industrial revolution. Since information is now everywhere in this digital age, we need journalists more than ever.

But why do we need journalists more than ever since all the information is already available? According to Richard Sambrook, the answer is information smog (see his interesting Ted Talk “Information Smog”). Since so many new media actors are joining the public debate, the more discussion, the more complexity there is. We, as a citizen, are not able to filter all this information enough to use it for a better purpose, as a consequence, this information smog can generate more and more filter bubbles. Moreover, keeping in mind that by the advanced technology many citizen-journalists and intermediaries can edit, minister and create media content, compliance with journalistic ethics takes on added importance (ECtHR December 10, 2007, Stoll). After all, news in its raw form is different from journalism (see the video of Margo Smit, “Why do we still need journalists now that we have Twitter?”).

Just a little recap… Journalists play an important role in a democratic society. They are responsible for distributing information and thereby creating a platform for the public debate: they have a public watchdog function (ECtHR April 26, 1979, Sunday Times, ECtHR November 26, 1991, The Observer and Guardian). Based on Article 10(1) ECHR everyone has the right to freedom of expression which also contains the right to be informed about all public matters (ECtHR February 24, 1997, De Haes and Gijsels) without interference and to participate in the public debate. These human rights apply either online or offline (see COE’s “Guide to human rights for internet users”). But you don’t get something for nothing: this right of freedom of expression is subject to certain duties and responsibilities, which varies per situation, per person and per used technology. In other words, Article 10 ECHR protects journalists on spreading information on issues of general interest provided that they are acting in good faith and on an accurate factual basis and provide reliable and prices information in accordance with the ethics of journalism. (ECtHR January 21, 1999, Fressoz en Roire).

So the important question is not whether human rights apply equally online and offline because they do, but whether standards of journalistic ethics apply equally to other media actors such as citizen- journalists and online news media platforms. By extending the same rights and duties of journalism to new media actors contributing to the public debate or in a function of public watchdog, a chilling effect can maybe occur to exercise their freedom of expression. Maybe this chilling effect can reduce the wir-war of news.

Because of the overload of information in the digital age, we need our information to be fact-checked and trustworthy. Because of this idea, we can not just leave the creation of news to the new media actors for whom is not sure whether they fall under the ethics of journalism. Luckily, journalism has always known different variants and different goals and its core character shall – hopefully – possibly be strengthened further as more actors participate in an increasingly noisy public debate (T. McCongale, “How to address current threats to journalism?”). Furthermore, we as recipients must always be critical and use our media literacy in the new media age.

The (draft) Recommendation of the MSI-JOQ is based upon both existing standards of the Council of Europe and case-law of the European Court of Human Rights and seeks to elaborate on this topic further.

Interested in this topic? On the 21st and 22nd of March 2019, the MSI-JOQ holds its third meeting. The agenda for this meeting is already online. Moreover, some of the above links refer to interesting videos about the quality of journalism.